Bus City 3 -or- The Rapture of the Bus

I was never raised knowing what "the rapture" was. I have only heard about it during the past decade of my life. Apparently, the story is that a particular subset of a particular religion has a fascination with the end of the world, and all sorts of money has been made on the selling of the idea. You can look up the rapture on wikipedia if you are interested, but suffice to say, one sub-branch of a sub-group of a tiny division of an obscure affiliation decided that the world was supposed to end on April 21 at 6:00pm, and that the righteous were to be taken to heaven.

For the record, it did, and we were.

John and Mike were already there with Bill of the awesome syncro, Sheri and Mike with the Orca, and a Vanagon owner who had the best mosquito net I have seen.

Blake and Shelby came with their Subagon (or Vanaru - depending on how you want to describe it). Joe and Alison showed up later with non-camping friends in tow.We decided that the rough week was worthy of skipping food and we went straight for the beer. Note to self- don't do this in the future if I don't want to have my nails painted. Oddly, I don't have any pictures of that. Weird. So here's Allison and Shelby because they are better looking.

About 20 buses showed up over the course of the weekend. Two Syncros appeared, and two split windows. We had a random appearance of a German group who were touring around nor-cal arrive on Friday, I wonder if they thought that everyone in California had a bus.

If a bus is your home for a few days, there is no reason to leave the comforts and identifications of home behind. We encourage lawn ornaments.

Schoolhouse canyon is not near enough to the Russian river to encourage mid-day swims, so the alternative is always appreciated: mid day beer.

Our Big Blug host had a medical emergency that kept him from attending the ascension, but that didn't keep him and Camper van Emst from stopping by and dropping off goodie bags. Much thanks to the kindness of Hemmings, Go Westy, Mid America Motorworks, West Coast Metric, and Airhead parts.

It's not one of our campouts if Johns tent isn't there.

John isn't kept around for the tent alone, we also like his late night singing:

And this is the perfect Marshmellow. Just saying.

Around 6:00pm on Saturday, we looked around and found that nobody was missing. We, much like the rest of the world, wondered what kind of awful life we had lead that kept us from being taken into heaven. And as the beer and wine mixed, as the various foods appeared, as the fire got warmer and the chairs got more comfortable, it became apparent that we had misread the signs. Without the courtesy of an apocalypse, we had all ascended into the warmth of the best that this world has to offer. Rapture indeed. 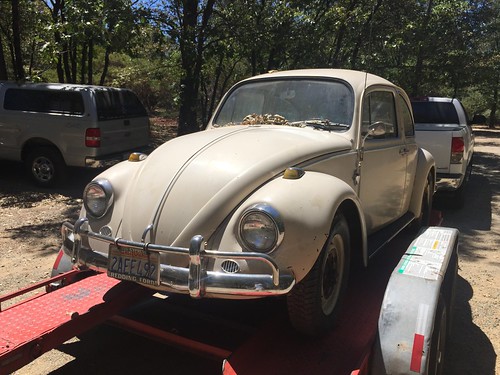 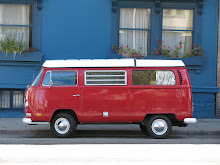